It was hard to believe, walking into DeCare Dental on a beautiful, warm, sunny morning that it was the 19th day of September and not the middle of summer. The day was a very special day, it was DeCare’s 20th anniversary in Claremorris.

The stage was set, the office was beautifully decorated in a sea of company coloured balloons and Mid-West Radio were ready to broadcast live from the office, as DeCare Dental geared up to unveil their new sculpture, “Cuspid the Tooth Fairy”, down in Clare Lake/The Land of the Giants. Speaking to Midwest, CEO, Maureen Walsh spoke about the success of the company, commenting that she found it very difficult to believe that two decades had passed since they celebrated the official opening of DeCare Dental.

Shortly after 1pm, the crowds started to gather deep in ‘The Land of the Giants’ as members of DeCare’s team, elected officials, IDA Ireland, Claremorris Chamber of Commerce, Gortskehy National School, some Mayo GAA stars and members of the public excitedly awaited the unveiling. CEO, Maureen Walsh, began proceedings by welcoming everyone to this very special day, on this very beautiful day. It was inspiring to listen to Maureen speak about how far the company has come over the last 20 years. Only half of the DeCare Dental building was in use at that time, there was no Dublin DeCare office, no customer services team, quality team, sales team, finance team, marketing team, professional services team or wellness team in Ireland. Those teams have been built over the past 20 years, from 18 strong to 121 strong. DeCare now works with over 10 million members globally, 400 leading companies and 50,000 members in Ireland. There is no doubt that Maureen’s father and founder of DeCare Dental in Claremorris, is today extremely proud of what his daughter and the DeCare team have built and achieved over the past two decades.

On behalf of Claremorris Chamber of Commerce, Vice-President, Gerard Hanley spoke about the deep relationship that DeCare has had with the Chamber since the doors first opened, even noting how instrumental the chamber was in getting DeCare Dental into Claremorris, thanks to the hard work of Eileen Dwyer, President of Claremorris chamber at the time, Liam Smyth, and of course Maureen’s father, Michael Walsh. Gerard noted that the town and the chamber were very proud to have such a dynamic industry in Claremorris that is only continuing to grow.

Next to say a few words was IDA Ireland’s head of insurance, Andrew Noonan. Andrew spoke about how talented and dedicated DeCare Dental are as a workforce and how important that is for such a growing infrastructure. Andrew very importantly noted that without Maureen, DeCare would not be the place it is today, as she has worked incredibly hard in marking sure the company has evolved.

Following on was Pat Walsh, who told a lovely story about the history of Clare Lake, how it all began back in 1988 and the development of the Land of the Giants. Clare Lake/McMahon Park/Land of the Giants is a very important part of the Claremorris community. It was amazing to hear that the park we stood in on that day came from the idea some local children in the community had many years ago. With the help of Sean Heneghan and Ger McLoughlin (RIP), a committee was set up and this project came to life. There has been many ups and downs over the years, but thanks to the dedication and hard work, Clare Lake is still as beautiful today as it was 30 years ago. In 2010/2011, ‘The Land of the Giants’ was developed, merged as one and is now a fantastic park and 5km walkway. None of this would have been at all possible without the generosity of Mrs McMahon.

Head of DeCare’s Professional services team, Debra Lally, spoke about how the idea for the sculpture came about. In March 2018, DeCare Dental hosted their first ever ‘Hackathon’. Debra’s idea was to somehow mark DeCare’s history in Claremorris in the run up to celebrating 20 years in business. Debra’s pitch was to launch a nationwide competition inviting artists to design a piece that would reside in ‘The Land of the Giants’.  The ‘Pearly Whites’ team was put together on the day (Catherine, Sinead, Bridie, Debra and Maureen) and 18 months later, after a tremendous amount of hard work, the day had come to unveil the sculpture. Donnacha Cahill, an artist from Athenry, Co. Galway, designed and made the amazing piece of work.

A member of the DeCare Research department team, Lisa Fahy, read the story behind ‘Cuspid the Tooth Fairy’ just before the unveiling. In the weeks prior to the anniversary, DeCare ran a competition with local schools where a student would read the story behind the sculpture and draw their vision. The winner was Aoife Heaney, from 6th Class in Gortskehy National School, Hollymount and along with Mayo GAA stars Brendan Harrison, Keith Higgins and Colm Boyle had the pleasure of cutting the ribbon and unveiling the sculpture to everyone.

It is a sight to behold and is located in ‘The Land of the Giants’, 1.7km from the entrance, between the ‘Giants Boots’ and the ‘Lego Ninja’. A great day was had by all and congratulations to Maureen and all the DeCare Dental team on 20 years in business! 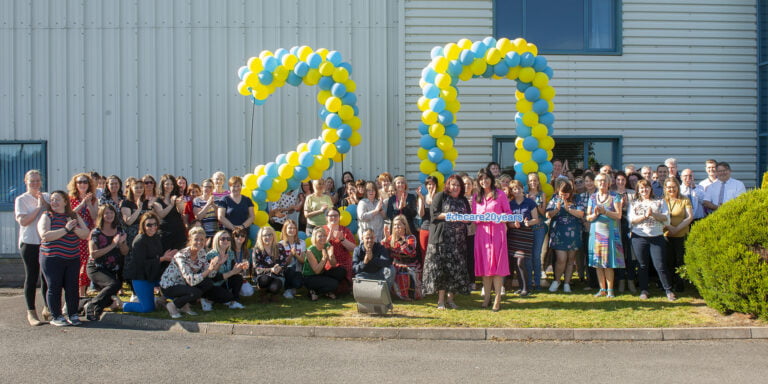 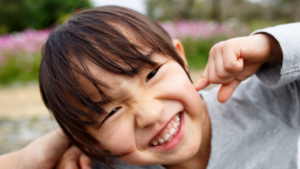 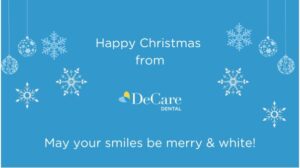 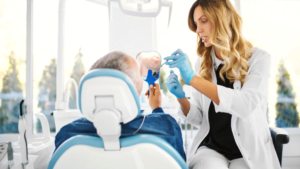